Gin lovers... Have you ever thought about the origins of gin? Want to know about it? Keep reading.

The doctors and the statutory warning says alcohol is injurious to health. But who would have thought that Gin, one of the most popular global alcoholic drinks, was invented by a Professor of Medicine?

Thanks to Professor Franciscus Sylvius, who thought of developing an inexpensive diuretic medicine in the 17th century, gin was invented by accident. The professor distilled juniper berries with spirits which became famous as an alcoholic beverage. As history goes, before Professor Franciscus Sylvius commercialized gin in Europe, the beverage was also made by alchemists and monks as medicinal liquor in the 11th century.

The Dutch Manufactured "Genever" and the English Called it "Gin"

Many people assume that gin originated in England or Ireland. It is not true! It actually came from the Netherlands. The cultivation of juniper berries was very high in Netherland in the 17th and 18th centuries, especially in and around Amsterdam. The Dutch manufactured gin or as they called it genever, by distilling grain-based malt wine with spirit infused with juniper. The quality and freshness of the juniper decided the taste and the finishing of the beverage. Europeans were consuming inexpensive alcohol in excess at the beginning of the 18th century especially among soldiers and gin picked up demand. Gin was branded as a mainstream alcoholic beverage by the Brits in the 18th century after the government banned the imports of cheaper variants of brandy from France. While the Dutch were in the center of the development and manufacturing of the beverage which they called "genever", the Brits were too drunk to pronounce the name and called it "gin" instead.

Consumption of Gin Increased and so did the Consequences.

Gin gained a lot of popularity in England. Everyone was permitted to make their own gin and encouraged the production of regional spirits. Gin production in England skyrocketed as a result of rising import taxes on alcoholic beverages from other countries and high local beer and wine prices. Everyone made an effort to make their own gin, even if that meant mixing the ingredients in a bathtub due to which England was constantly intoxicated. Gin was inexpensive, hence its quality had no particular value. Cheap cereals used to distill the alcohol were frequently combined with turpentine oil and sulfuric acid to dilute it. In order to add flavors and conceal the unpleasant taste, sugar and rose water were added at the end.

The demand for gin increased to 47 million liters in 1733 and alcoholism was the consequence. The term "Mothers Ruin" was created when the raw spirit spread misery throughout London, causing an increase in crime, prostitution, blindness, and death. Between 1729 and 1751, the government issued eight successive Gin Bills, or "Gin Acts," to control gin consumption in an effort to prevent the downfall of English society and the rise of alcoholism. The prices increased once more as the quality increased. Gin's reputation was protected in England, and the epidemic came to an end at the end of the 19th century. 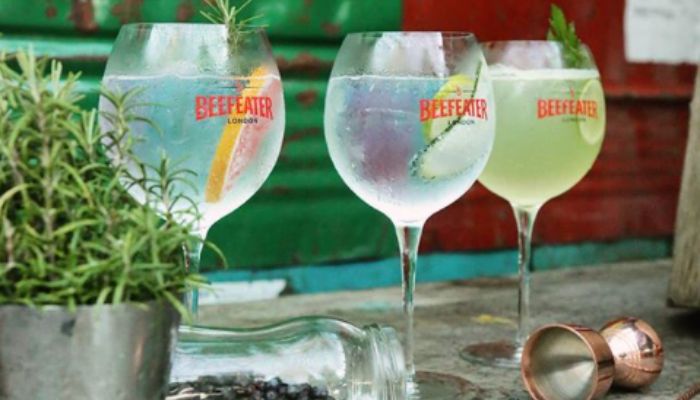 Gin and Tonic were Born in India!

In British-occupied India, malaria and other tropical diseases were common diseases faced by the locals and the British soldiers alike. The English soldiers were advised to drink quinine to prevent malaria. The soldiers often added lime, sugar, and water with the quinine to hide the bitter taste when somebody had the glorious idea one day to pour gin in it and gin and tonic was born. Gin and tonic were commercialized and sold in India in 1858 which gained popularity in mainland Europe in no time. Gin and tonic remain one of the most iconic gin cocktails even today.

In the past 100 years gins, popularity, and their diversified use in different cocktails increased in Europe and in the US. The English commercialized and popularized the drink and more distilleries and brands of gin started popping up all over Europe. Brands are experimenting and launching a large number of different products to date. Only in 2018, more than 180 different brands of gin were launched in the German market, while more than 400 different categories of local gin were launched in Belgium and Spain presenting gin lovers in the country with 463 new gin brands during the same year.

While the companies are developing and experimenting with an alcoholic beverage the taste and their use in cocktails remain unique and intrinsic to each country and how their people like to drink it. The English gin is strong and has a distinct juniper flavor while the Spanish like it smooth and sweet. French gin is fresh and bloomy and is consumed with excessive lemons. Here are some of the leading premium gin brands with your favorite gin cocktails. 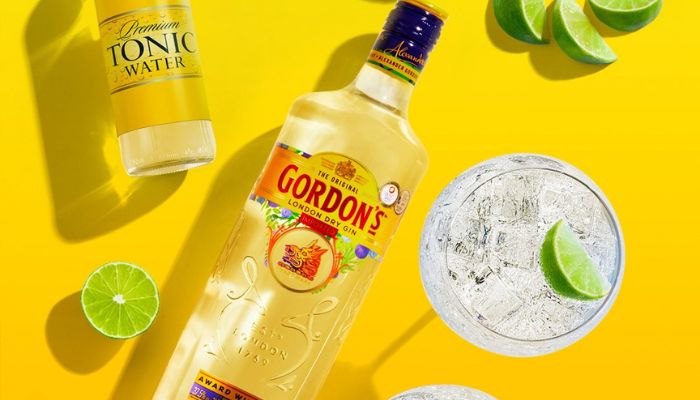 Gordons is the leading brand owned by Diagio. It sold more than 6.7 million cases in 2021 and it still maintains its leading position in 2022. Gordon's made significant investments in product innovation, releasing new Sicilian Lemon and Mediterranean Orange flavors as well as an alcohol-free version in 2020.

Mark Jarman, global head of Gordon’s, said: “Once upon a time Gordon’s was really only London Dry. Today non‐London Dry variants and innovation will continue to play a critical role in recruiting new consumers to the category and to the brand.” 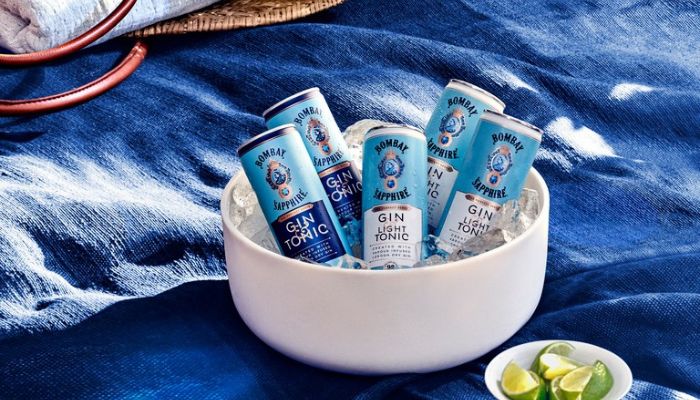 However, the brand picked up sales marginally post-pandemic in 2021 to 4.4 million cases. Bombay Sapphire is one of the most trending brands in the world due to its innovative product categories. Recently the brand ventured into the ready-to-drink gin by launching two canned gin and tonic variants. 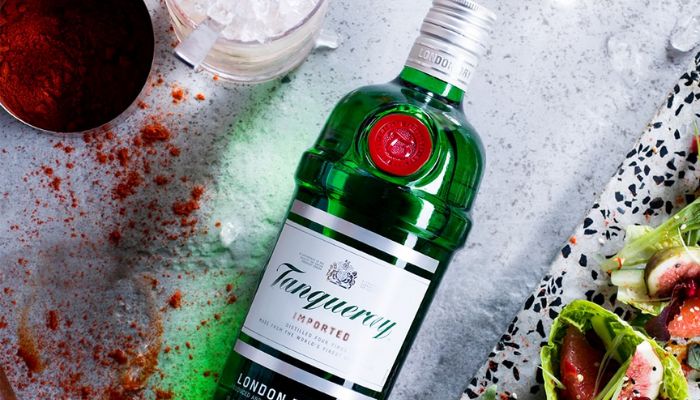 The company signed advertisement partnerships with singer Joe Jonas and actor Stanley Tucci. These investments uplifted the company's sales as Tanqueray sales increase from 4.5 million cases to 5.6 million cases in 2021. In the past couple of years, the company launched blackcurrant Royal expression and alcohol-free variants of Tanqueray gin. 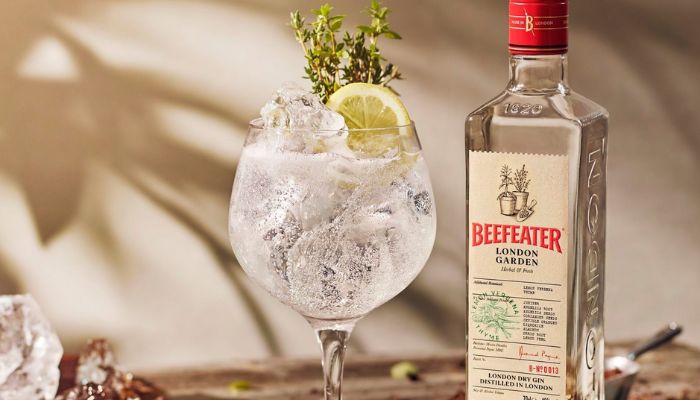 Beefeater gin is owned by Seagrams. The brand sold 3.3 million cases in 2021. Beefeater brand is very famous for its favored drinks and ready-to-drink gin variants. Peach, raspberry, lemon, and ginger flavor Beefeater gin variants are the most popular among its consumers. 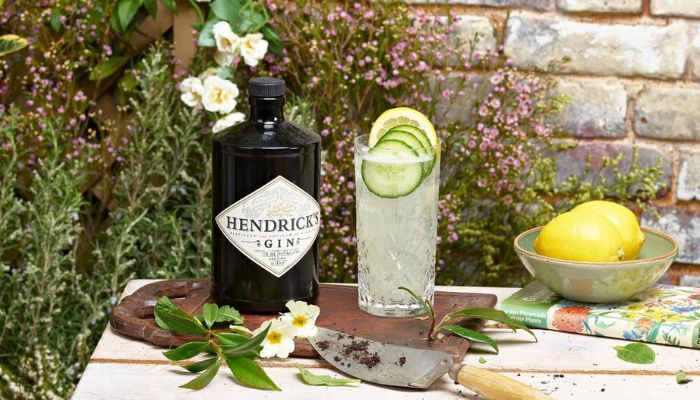 Hendrick’s is owned by Wiliam Grants & Son's, the UK-based alcoholic beverage manufacturer more renowned for its famous Scotch brands. Hendricks gin is one of the most preferred brands among bartenders for cocktails. To connect with the bartenders, Hendricks rolled out its Pour it Forward marketing campaign, and throughout the campaign, the company paid the bartenders to post gin cocktail recipes over social media using its brand.

Enter today and grow your brand in the USA market. Here is How to Enter.