Tennessee has a Thriving Craft Whiskey Scene, With Most of the Big-Name Craft Distilleries Located in the Middle of the State Near Nashville

Tennessee is arguably the second-greatest whiskey state in America, trailing only Kentucky when it comes to the volume and variety of whiskey production. In fact, as of 2013, the production of Tennessee whiskey and bourbon was a $2.4 billion business, with more than $1 billion in exports. The pace of growth within the industry has been so intense, in fact, that June 2017 saw the creation of a Tennessee Whiskey Trail, where tourists and locals alike can now visit 25 different whiskey distilleries located within the state.

While many people immediately think of Jack Daniel’s and George Dickel when they hear the term “Tennessee Whiskey,” you might be surprised to find out that Tennessee now has a burgeoning craft whiskey scene, with most of the big-name craft distilleries located in the middle of the state near Nashville. The 1990’s saw a huge boom in craft distilleries, and the one that is now considered the “grandfather of Tennessee micro-distilleries” is Prichard’s Distillery. As a result of this early success, we are now seeing a craft whiskey revival across the state extending into West Tennessee and East Tennessee (both of which are covered by the Tennessee Whiskey Trail).

With that in mind, here’s a brief look at some of the biggest names in Tennessee whiskey that you need to know – and that you will likely encounter if you ever decide to visit the Tennessee Whiskey Trail: 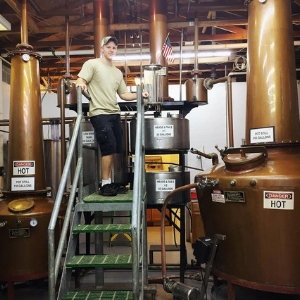 Prichard’s Distillery – If there was one craft distillery that helped to usher in the craft whiskey trend within Tennessee, it was Benjamin Prichard’s. The fact that this renowned distillery had a nearly 20-year head start on the competition has given the company a few advantages. For example, it is the only craft distillery within the state that can call its product “Tennessee Whiskey” without using the famous Lincoln County Process (a filtration process before ageing in barrels that involves sugar maple charcoal).

Chattanooga Whiskey Company – In the period after Prohibition, production shifted to neighbouring Indiana, so the company was not legally able to label its product “Tennessee whiskey,” but that has all changed as the company now has a micro-distillery as well as a larger distillery located in Chattanooga.

Beechtree Distillery – Located on the south side of Nashville, Beechtree now offers a high proof white whiskey made using the Lincoln County Process.

Corsair Distillery – While Corsair has a storied name in the whiskey world, this distillery actually started out across the border in Kentucky. It has now shifted all of its whiskey production to Tennessee, however, and now offers some of the most popular aged whiskeys and hopped whiskeys in Nashville.

Knox Whiskey Works – This is perhaps the most famous distillery located in downtown Knoxville.

Old Forge Distillery – This is the most famous craft whiskey distillery located in the Gatlinburg resort region, which is perhaps more famous for its moonshine production. 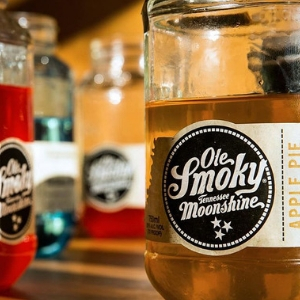 Technically speaking, moonshine is a clear, unaged whiskey. That, of course, means that one has to consider moonshine as a form of craft whiskey production. Ever since 2010, when the state legalized moonshine production, there has been a boom in moonshine production, with much of it centered on the Gatlinburg resort region, which includes Great Smoky Mountains, National Park.

If there is one giant within the craft moonshine industry, it’s Ole Smoky Distillery, which is located in downtown Gatlinburg. It’s perhaps the one name that people immediately recognize when they see moonshine sold in a retail liquor store. However, there are plenty of colourful names within the industry, many of them relying on the tradition of making illegal moonshine. Popcorn Sutton, for example, is named for one of the most infamous moonshiners in history. And Thunder Road is named for the Robert Mitchum movie of the same name, which is generally considered to be the finest bootlegging movie ever produced by Hollywood.

And, of course, there are many other names to recognize, including the following:

While moonshine and Tennessee whiskey are two different products, the lines are starting to blur, especially since many of the craft distilleries located in the middle of the state are now starting to produce their own white whiskeys.

What sets Tennessee whiskey apart from all other whiskeys in the nation is the Lincoln County Process, a proprietary process for filtering spirits that originated in Lincoln County with Jack Daniel’s. With the sole exception of Prichard’s Distillery, every other Tennessee whiskey distillery in the state pays homage to this process. And, in what has become a multi-billion-dollar industry, it’s the type of proprietary intellectual property that will keep Tennessee as one of the famous producers of whiskey in America.