The Whisky War on Hans Island You Must Know

It is a battle between Canadian Whiskey and Danish Schnapps over a disputed uninhabited barren land.

There are too many disputed territories all around the globe for which countries are even waging war. Some disputes are solved with a compromise while some resort to invasion and war. War can be an ugly affair costing the lives of many and affecting the country`s economy. 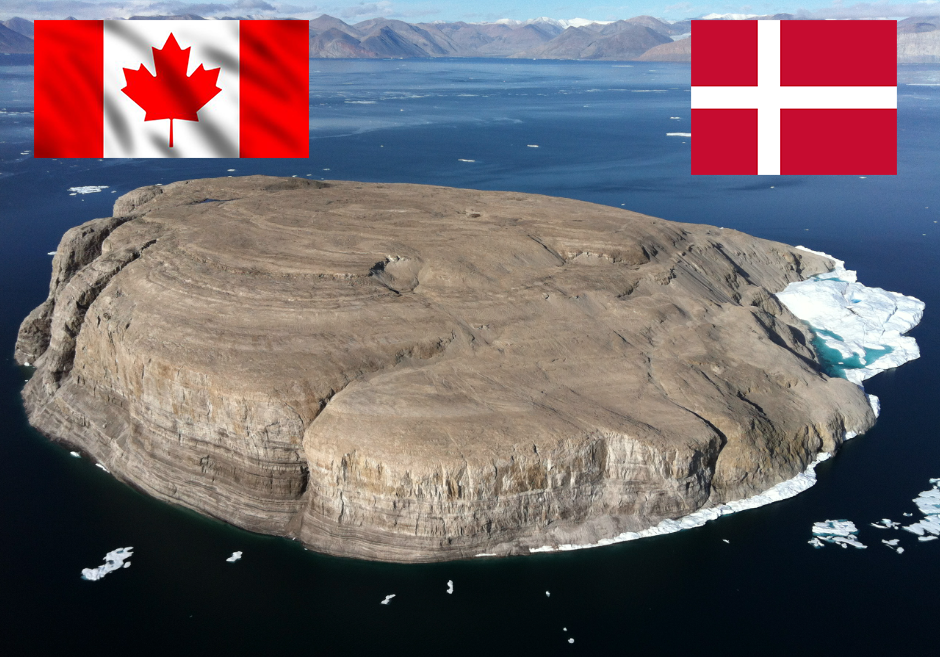 Denmark and Canada have found a rather cool way to fight a war over disputed territory. Hans Island is uninhabited barren land of 1.3 Sq. km, located in the centre of the Kennedy channel of Nares Strait. The Nares strait separates Ellesmere Island from northern Greenland and connects the Baffin Bay with the Lincoln Sea. Hans Island is the part of three islands in Kennedy Channel off the Washington Land coast which includes Franklin Island and Crozier Island. This 35 kilometres wide strait places the island within the territorial waters of both Canada and Greenland. The island is named after Hans Hendrik, an Arctic traveller and translator who worked on the American and British Arctic expeditions of Elisha Kent Kane, Charles Francis Hall, Isaac Israel Hayes and George Strong Nares, from 1853 to 1876. According to an international treaty, any island which is in 12 miles of mainland comes under the territory of that country which technically allows both Denmark and Canada to claim over the island. A theoretical borderline in the middle of the strait goes through the island.

It all started in the year 1973 when Denmark and Canada started demarcating their borders through negotiations. They agreed on all other disputes except Hans Island which was then decided to resolve later.

Danish claims the territory to be under their control citing the landmark judgement of Permanent Court of International Justice of the League of Nations in the year 1933. The Judgment read the disputed territory to be a sovereign part of Denmark. While League of Nations fell apart during the 1930s and was subsequently replaced by the United Nations, this decision had now no relevance.

This cold war lasted until 2005, where Canadians and Danish both agreed to resolve dispute citing the presence of the Russian Army in the Arctic region. Canadians and Danish are both NATO allies, so fighting over a barren land can be risky.  On 4th May 2008, an international group of scientists from Australia, Canada, Denmark, and the UK installed an automated weather station on Hans Island. On 23rd May 2018, Canada and Denmark announced a Joint Task Force to settle the dispute over Hans Island. A committee of artic experts was constituted to resolve the dispute peacefully. One of the main resolutions, they are thinking of, is to declare the barren stone island into shared sovereignty. This will entitle nearest Canadian and Danish Municipalities to co-manage the territory. They will now have both Canadian and Danish flags on the territory.